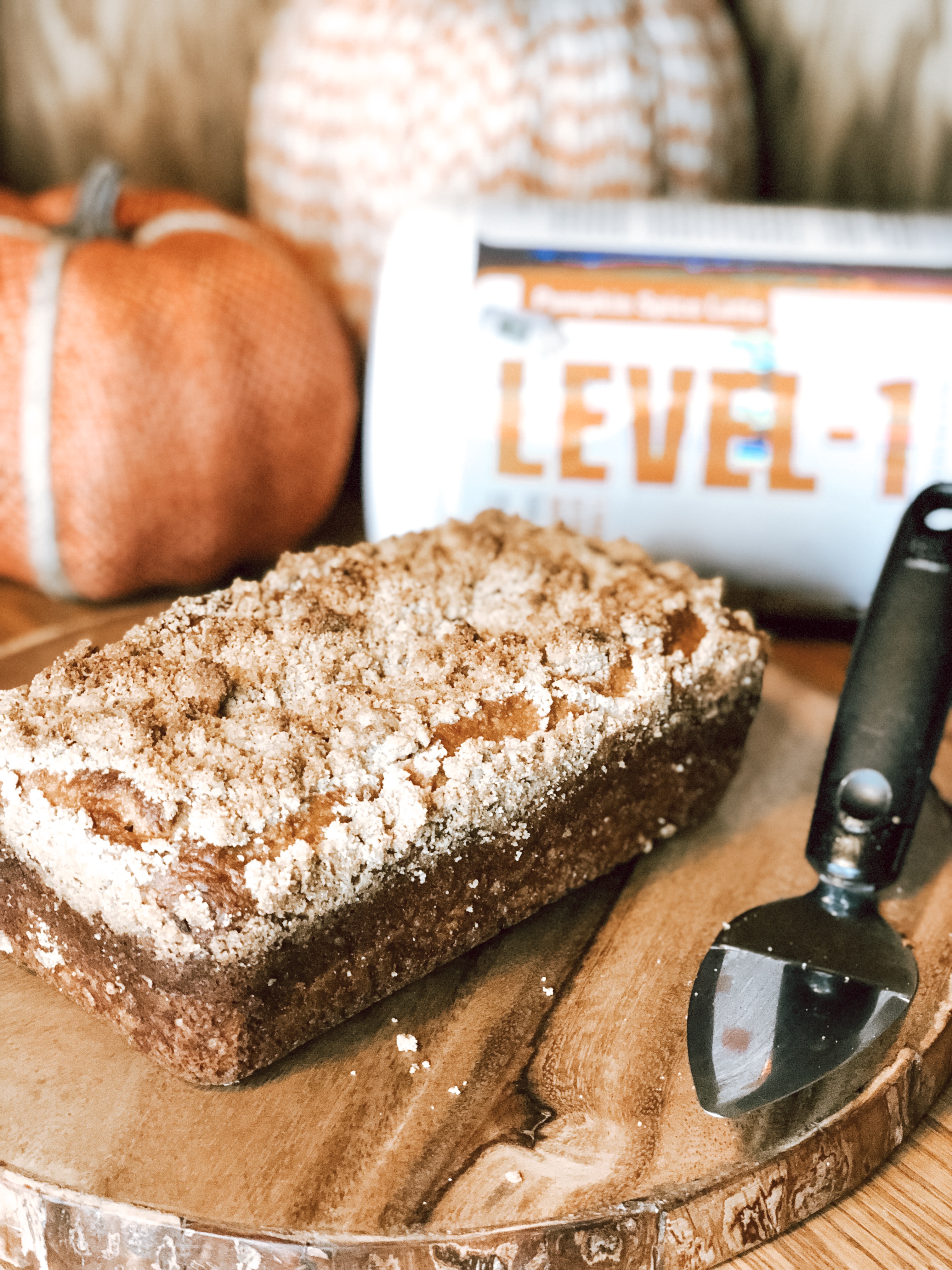 It’s officially October and for some reason, drinking and eating pumpkin things in September just feels weird to me. I don’t know why, but I associate September with apples and October with anything pumpkin! So of course I had to think of some new recipes to make with the launch of Pumpkin Spice Latte level-1 protein.

The first thing that came to mind was pumpkin bread. When I was younger, banana bread was my favorite breakfast. I would sit in the kitchen while it baked so I could peacefully smell it. My mouth drooling as I waited for that beep to go off saying it was done. Those 35 minutes seemed like an eternity to me.

Finally the loud beep went off and I was brought to life again. My dad had to remind me the bread had to cool before we could cut into it. I think that was worse than waiting for the beep. I just wanted a piece so badly and it was sitting on the counter just tormenting me. After the 5-10 minute wait, my dad gave up and cut a slice…or 3 for me.

Layering on the butter to the top and watching it melt on the warm bread, I routinely cut my banana bread into four small slices, thinking if they were smaller, I’d eat them slower, and the bread would last longer. Then I would eat the bottom of the banana bread first so my last savoring bites were of the top of the piece. The servings never lasted as long as I wanted it to though and if I didn’t have 3 other siblings, I probably could’ve eaten the whole loaf myself.

As I was wondering what to make this fall, I started drooling about the banana bread, one thing lead to another and here you go…Protein Pumpkin Bread! (with a streusel topping)

Like does it get any better than this? I don’t think so. And if you could smell through the computer or phone you’re reading this on, you would already be purchasing the protein because this is a must have fall recipe.

It’s actually pretty similar to a banana bread recipe, I just exchanged the bananas for pumpkin puree and a few more spices to give it that fall taste. Give it a try and let me know how you like it!

-BIGGEST MISTAKE I SEE IN CLIENTS- »

This site uses Akismet to reduce spam. Learn how your comment data is processed.

I have been in the biggest rut with my workouts an

Soaking in all the summer days we have left at my